In this article we will discuss about the classification and properties of amino acids.

Amino acids may be classified in several different ways. Here the classification, based on the polarity of the side chains is discussed.

According to polarity of side chains, amino acids are of four types:

The struc­tures of the common amino acids, their three letter abbreviations and certain of their dis­tinctive features are given in the Table 8.10. There are more than 200 other amino acids that are present in nature (particularly in plant kingdom), but they do not appear in proteins. In proteins only twenty amino acids are present (Table 8.10). 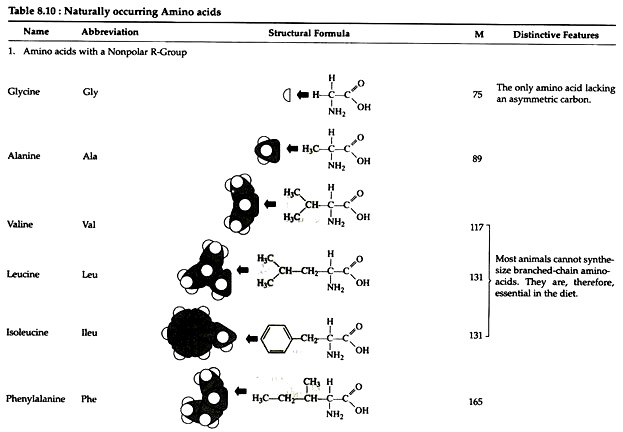 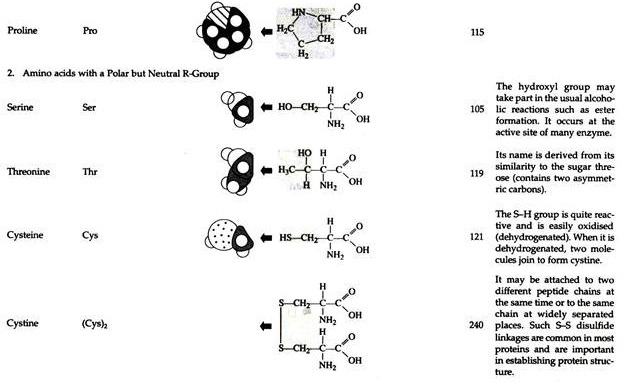 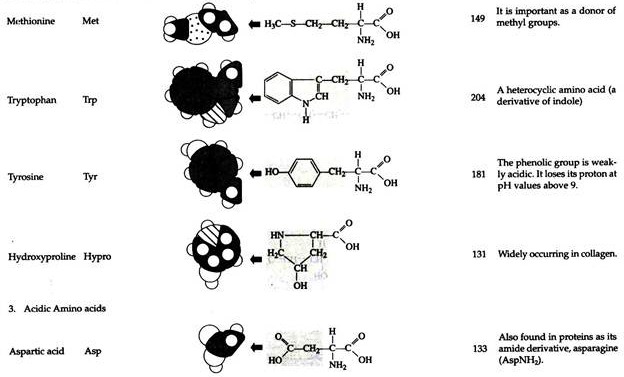 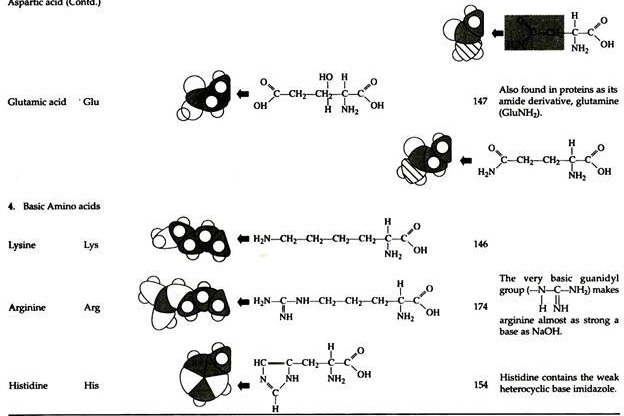 All the amino acids, except glycine, are optically active and may exist in either the D-or L-enantiomeric from (Fig. 8.61). If we take the example of glyceraldehyde (Fig. 8.62), the amino group of the amino acid takes the place of the hydroxyl group. 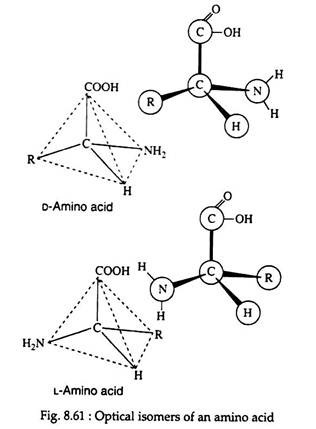 It is interesting to note that the naturally occurring sugars belong to the D-series, whereas nearly all known plant and animal proteins are composed entirely of l-amino acids. Certain bacteria are known to possess some D-amino acids.

Streptococcus faecalis has a requirement for D-alanine; several anti­biotics (actinomycin for one) contain varying amounts of D-leucine, D-phenyl-alanine, and D-valine. There are some amino acids which parti­cipate in various important biological func­tions but nevere became a part of protein molecules (Fig. 8.63). 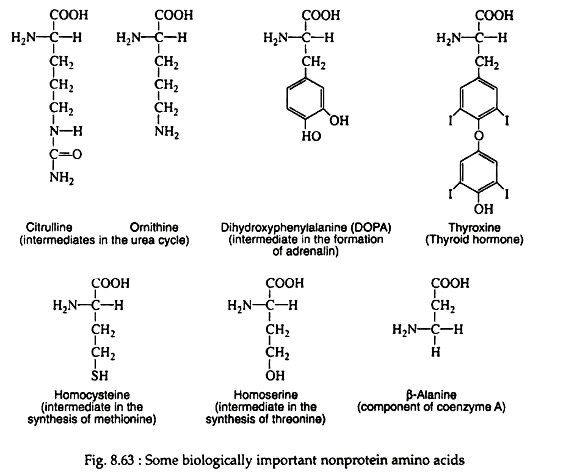 The amino acids are colourless, non­volatile, crystalline solids, melting with decomposition at temperatures above 200°C. They are soluble in water and insoluble in nonpolar organic solvents. The properties of the amino acids are more similar to those of inorganic salts than those of amines or organic acids.

The salt-like character of the amino acids is more readily accounted for if we assign a dipolar ion (also called inner salt or zwitterion) structure to amino acids in the solid state and in neutral solution. Since amino acids contain both acidic (-COOH) and basic (-NH2) groups within the same molecule, we may postulate an intermolecular neutralisa­tion reaction, leading to salt formation (Fig. 8.64):

Conductivity measurements confirm that at certain pH values, all amino acids exist in the neutral zwitterion form. When placed in an electric field, the dipolar ions migrate neither to the anode nor to the cathode, thus indicating a net charge of zero.

The pH at which an amino acid exists in solution as a zwitterion is called the isoelectric pH (that is, the pH at which the amino acid is electrically neutral and has no tendency to migrate toward either electrode). Each amino acid has its own characteristic iso­electric pH. Dipolar ions are amphoteric substances; they are capable of donating or accepting pro­tons. Therefore, they may behave either as acids or as bases.