Following examples may be cited of adaptive convergence (Fig. 33.11): 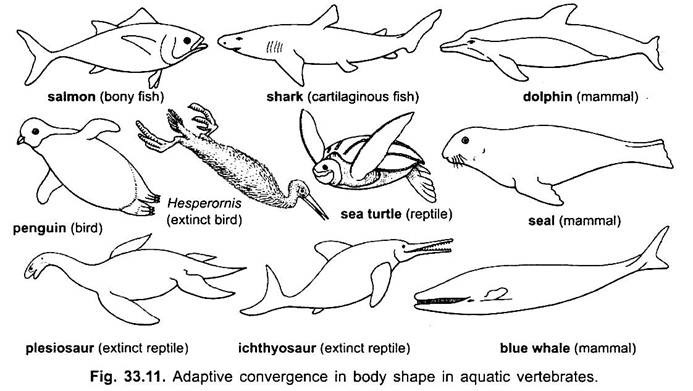 Figure 33.11 shows various aquatic vertebrates, not closely related showing a marked adaptive convergence (streamlined fish-like body, limbs paddle-like digits webbed) due to living in the same environment. Their ancestors were probably much less similar, but Natural selection has favoured in them to develop similar characteristics which fit them for life in water.

During Palaeocene, Eocene and Oligocene, the marsupials in Australia and the placentals in the rest of the world passed through much adaptive radiation. They moved into habitats vacated due to extinction of dinosaurs. Marsupials and placental mammals are not closely related, but convergent evolution has resulted in similar looking members in both the groups occupying similar ecological niches and leading similar ways of life.

Thus, there are native or marsupial wolves, mice, cats, ant-eaters, moles, sloths, flying phalangers and wombats. These are not related to their true counterparts in placental mammals but resemble them due to convergent evolution (Fig. 33.12). 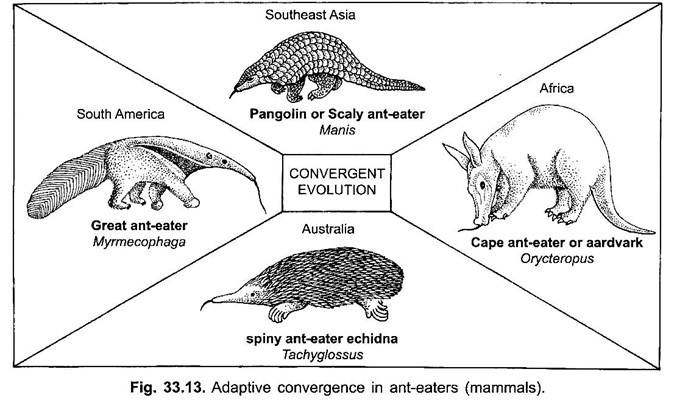